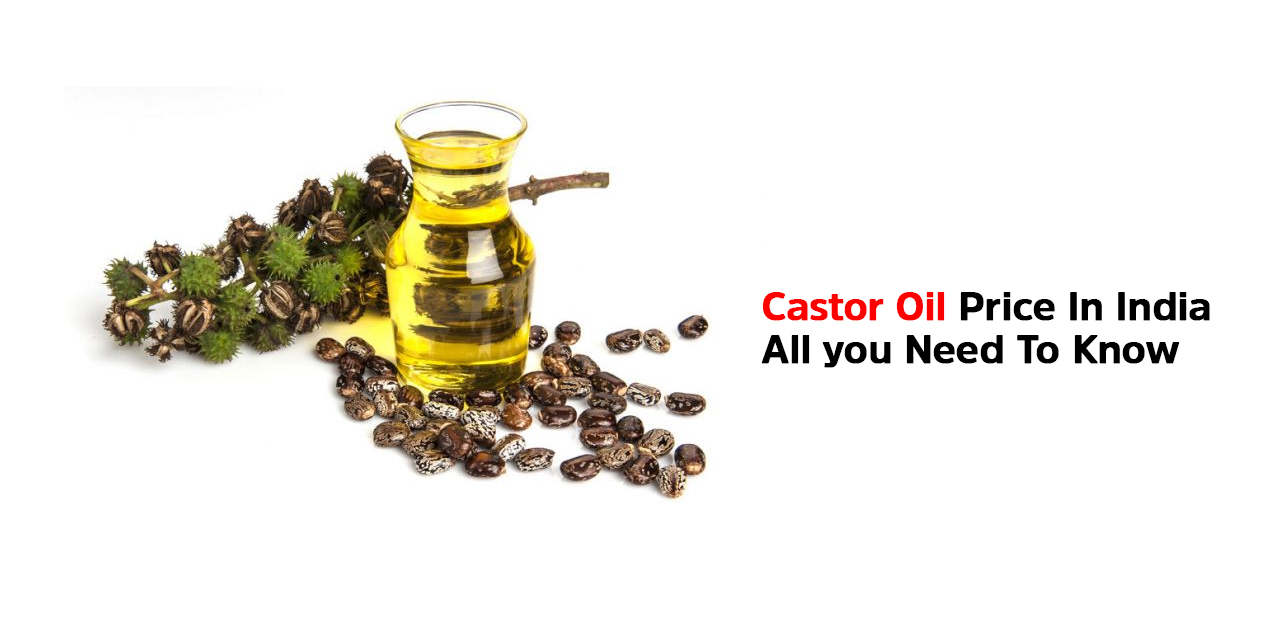 Castor oil is a distinctive drying oil that is primarily used in non-yellowing high gloss paints and is most demanded in the paint industry. Being perfect in coating applications, they find uses in dyeing, bleaching, epoxy ester, and acrylic resins.

It contributes to numerous commercial applications across a plethora of industries like cosmetics, transportation, manufacturing, and pharmaceutical industries.

Castor Oil Price in India varies based on the characteristics, applications, type, purchased quantity, and also according to the Castor oil supplier you rely on.

This blog discusses in detail the features and industrial applications of Castor oil, along with the price of Castor oil in India.

What is Castor Oil? 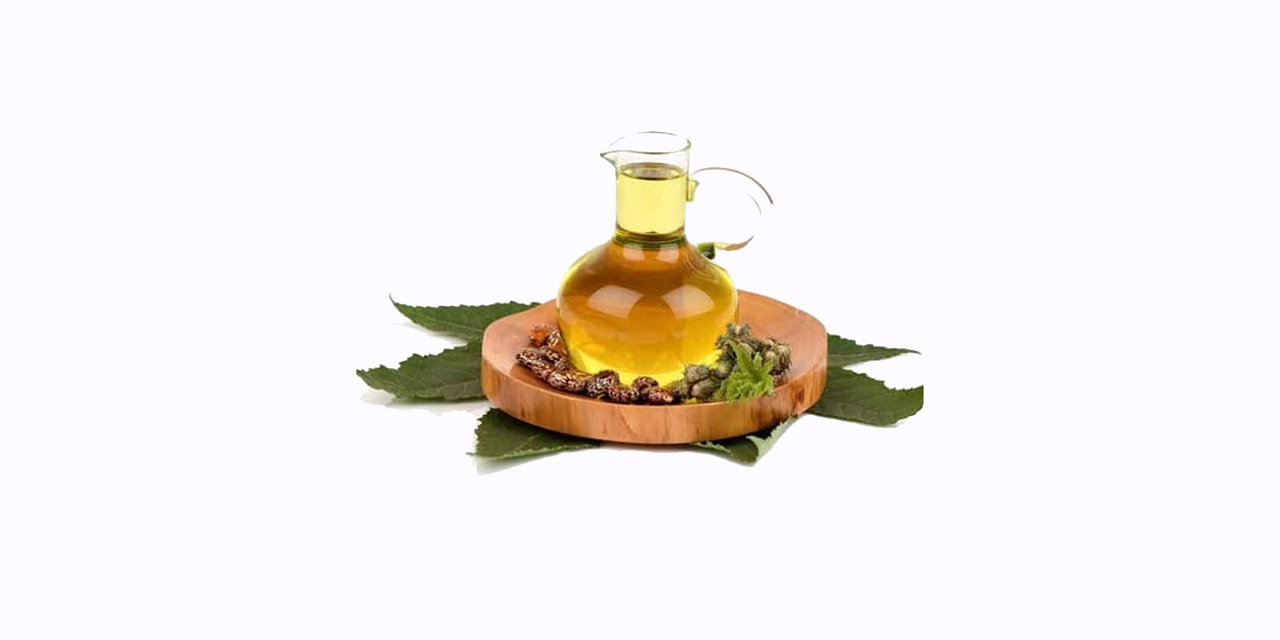 A vegetable pressed oil you derive from the castor seeds is called Castor oil. These castor oil seeds grow in the flowering species called Ricinus communis, which belongs to Euphorbiaceae, a spurge family.

Castor oil had been previously used in the ancient ages back in 1500 BC. This is clear from the Egyptian Medical text of those times, and later it has evolved to be an indispensable material used as a core manufacturing ingredient.

This castor oil plant is found in East Africa and India in huge quantities. The major use Castor oil caters to is the industrial applications which include soaps, paints, adhesives, varnishes, cosmetics, and lubricants.

You can also find its uses in the production of derivatives that are precious chemicals ideal for commercial applications.  Being the major Castor oil consumer in the world, the Asia Pacific region contributes almost 47% of the share value.

Owing to the versatility of its applications and the supply chain system, the Castor Oil price in India considerably changes with its growing demand.

Also Read: What is Linoleic Acid: All You Need To Know

Castor oil is available in various grades and usually, its properties are characterized using factors like color, purity, acid value, and moisture level. Castor oil, which is also called Ricinus oil, is chemically the triglyceride formed from fatty acids.

Castor oil is different from other fats and oils with the following unique properties:

Due to its reliable composition with unique physical properties, the Castor oil hydroxyl groups stand out from the crowd. Here are the properties that make them different from other oils and fats.

Also Read: What is Monobasic Acid: All You Need To Know

Castor oil and its various derivatives have a wide range of uses in the paint, varnish, ink, and rubber industries as mentioned above.

Let us take a sneak peek at the important derivatives of castor oil and their characteristics. Every derivative of Castor oil has different uses to serve businesses.

One of the top applications is Polyurethane. Other applications include adhesives, sealants, floor coatings, and soft and rigid foam.

Here are the various derivatives of castor oil and their features in detail: 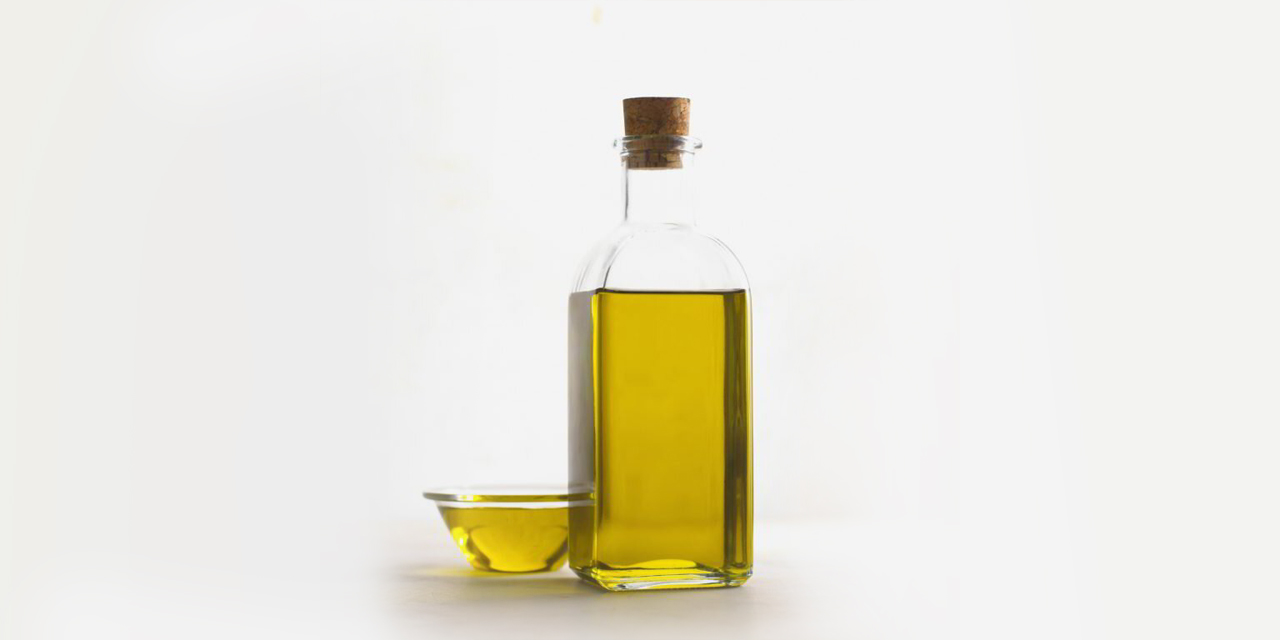 Dehydrated Castor Oil or DCO is a great binder you can use for paints, sealants, enamels, inks, etc. They have functional uses to produce acrylic and epoxy ester resins, alkyd resins, etc. for the paint industry, various coatings, and ink formulation additives.

The paints that use this oil grade appear super white with a premium finish. They are used along with phenolics to get fast dry coatings that have high-end alkali resistance.

This form of castor oil has high viscosity. It is also called oxidized oil and is used in hydraulic fluids. This is a lubricity additive utilized in manufacturing lithographic inks.

This oil prevails as a basic plasticizer of natural and artificial resins, shellac resin, cellulose, and synthetic and natural rubbers. 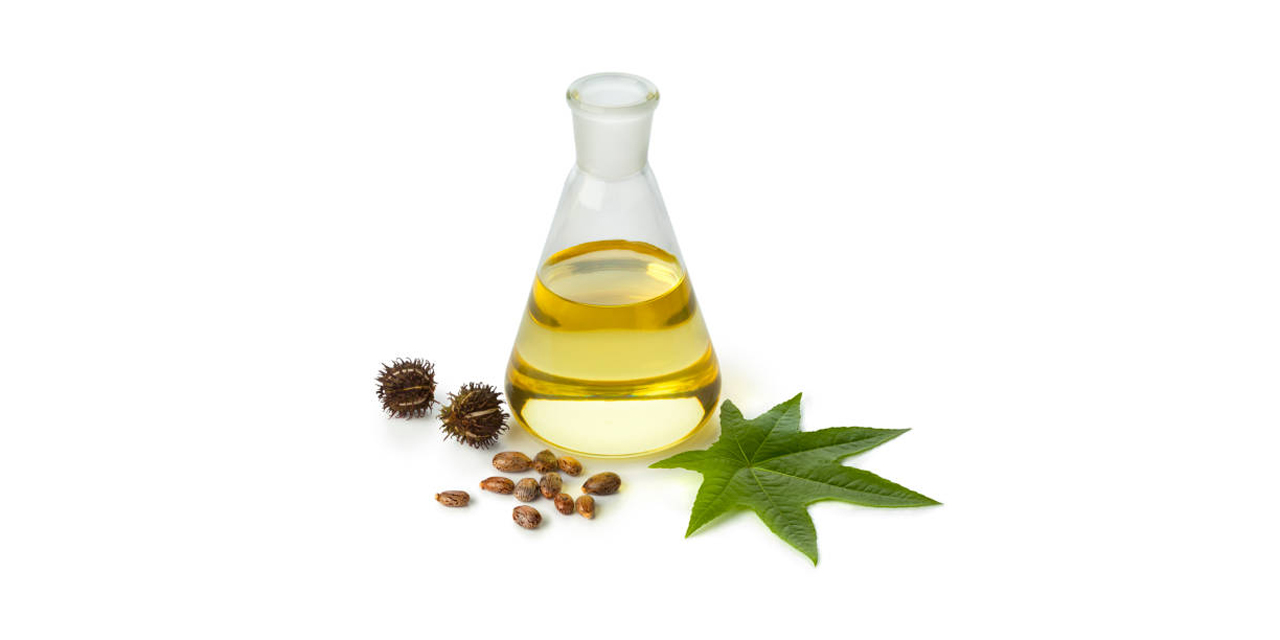 This newish castor variant is an insoluble and infusible polymer. It has applications in petroleum emulsification that involves polish, paints, inks, and rubbers, hydraulic and brake fluids.

The combination of refined castor oil with styrene and diisocyanates can support the film-forming.

Sulphonated Castor Oil or SCO is another newish castor oil variant that consists of 75% purity with a non-volatile content and free fatty acid. The SCO applications enable it to function as a detergent, dispersing agent, leveling agent, and wetting agent. The castor oil benefits have made it best in the paint industry as dye dispersion and leveling dispersion in the inks industry.

Why Castor oil is high in demand among industries?

The significant factors that influence the growth of the market are the rising need for paints, coatings, bio-specific plastics, lubricants, hair care, skin care, and pharmaceutical products. These factors influence the Castor Oil Price In India due to the exponential growth in the consumers for this product.

The consumption of Castor oil in non-comedogenic cosmetics is expected to see a rise in demand. Due to the growing healthcare expenditure and increasing awareness among the consumers about health and preventive care, the demand for Castor oil for the production of pharmaceutical and cosmetic products is taking big steps.

Castor oil has amazing anti-inflammatory features that rescue pain and swelling to speed up the healing of wounds. Since it is a natural laxative, it supports the movement of muscles that clear the bowels easily.

The growing importance of Castor oil is also due to the increased use of biodegradable plastics. Castor oil is a favorable raw material to manufacture plastics and is also additionally used as a replacement to recycle plastics for the textile industry.

Nevertheless, castor oil-based resins like modified polyamide and epoxy resins offer stunning properties like enhanced flexibility, performance, toughness, rigidity, adhesiveness, chemical resistance, etc. It is a useful ingredient in the polyamide and epoxy formulations, due to which are used in the paints & coatings industry.

The most prominent and remarkable Castor oil is Commercial grade castor oil, found in numerous industrial uses. This is named Industrial Grade Castor Oil. You can receive this product once the first pressed oil is processed and follows the second phase of production. This oil is the core raw material for other castor oil varieties and its numerous derivatives.

Castor oil is largely used to produce paints and coatings. You can dehydrate this through non-conjugated adducts which include oil-maleic anhydride.

This dehydrated oil is useful in paint and furniture oil applications. They behave best as surface coating materials and portray high tensile strength.

You can use hydrogenated castor oil as a must-have ingredient in applications that reduce atmospheric moisture pick-up while mixing and handling.

You can also use deodorized castor oil in the applications like paint drying agents, printing inks, varnishes oilcloth manufacturing, hard-finish coatings, and so on.

Since castor oil caters to many purposes with remedies against skin disorders, added ingredients to basic skin care products, beauty care treatment, etc, it is in high demand.

Castor oil is specifically formulated for makeup products and color cosmetics. They consist of disbanded pigments that use mild segments of Silicon resin.

These products are in demand since they are free from heavy metals, VOC, APEO, paraben, and formaldehyde. This cosmetics assortment is friendly to skin and climate too. 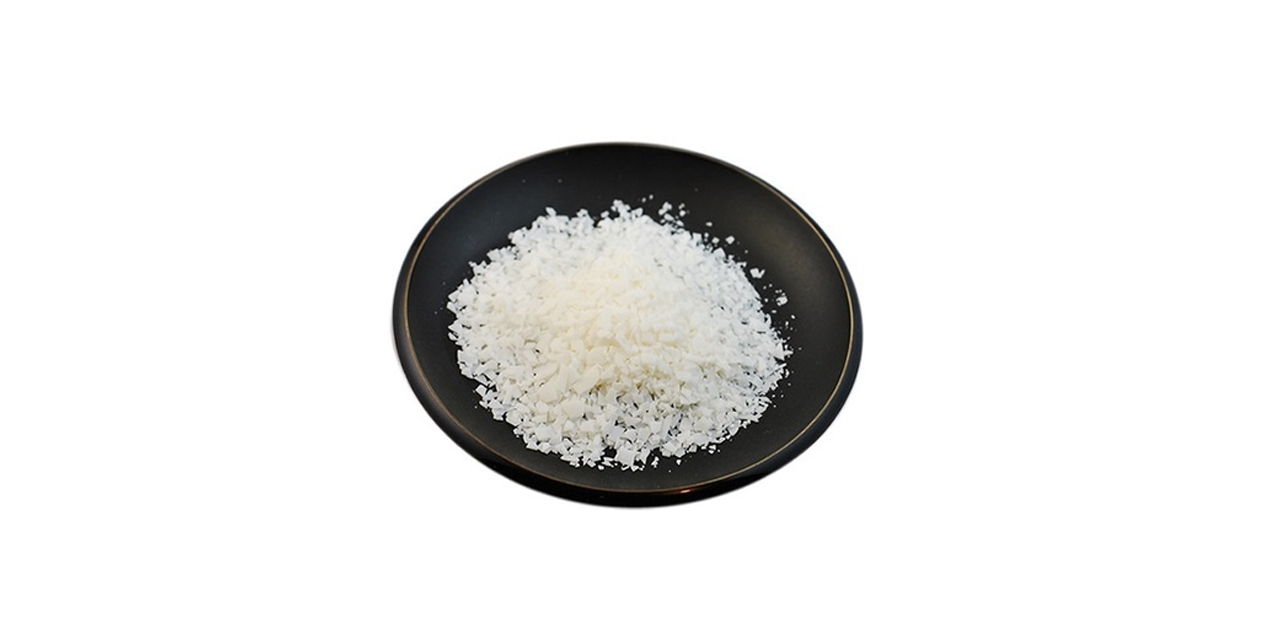 Being an organic as well as non-hygroscopic derivative of Castor oil, castor wax is popular for its property of oil separation prevention.

It won’t react with pigments or vehicles, hence does not reduce the durability paint offers. It also aids in water-in-oil emulsion stabilization.

Due to the feature of use as a rheological additive, you can include the thixotropic body and enhance viscosity; they hold the pigments and extenders from settling down.

It can also regulate sag without affecting the flow to generate optimum leveling of the paint. Castor wax is perfect for controlling the penetration of liquid into porous surfaces and contains no harmful effects on durability.

You can buy Castor oil from the best castor oil distributors in Delhi, at more feasible prices for your industrial applications, depending upon the castor oil ingredient and the variant.

The nutrients in castor oil and the castor oil qualities have made it essential not only for industrial applications but also in the daily routine, for instance in the growth of hair follicles, and the inclusion in organic food products.

Castor Oil Price In India varies based on its grade– commercial grade, pale pressed, sulfated, hydrogenated oil, and so on.

Castor oil is a highly beneficial and promising commodity with numerous applications, best known to be a source of renewable energy.  More businesses are underway to make use of Castor oil to make quality-centric products and purchase them from quality suppliers.

Looking forward to getting castor oil and fueling your business? Here is Bansal Trading Company, one of the best Castor Oil Distributors In India, with experience of over 60 years catering to the distribution of Castor oil and the best chemicals in the market. Talk to us today and let us get your requirements done right away!