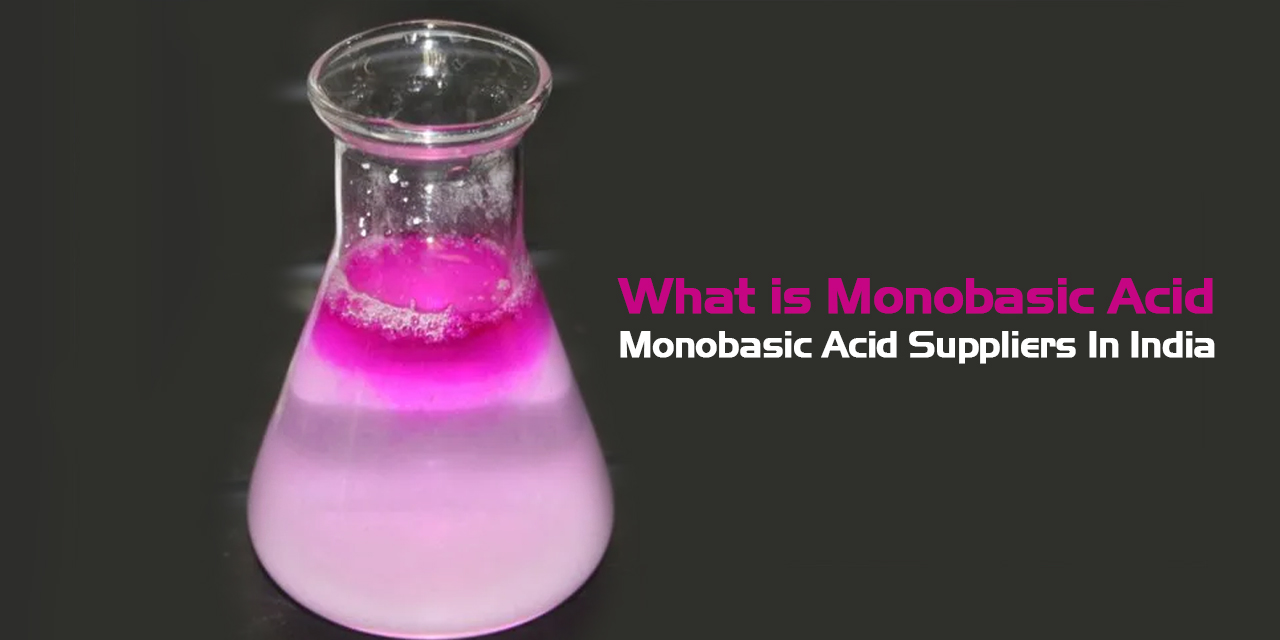 In this blog post, we shall know about what is monobasic acid and the increasing demand for Monobasic Acid suppliers in India due to its wide range of industrial applications.

What is an Acid?

Before we get deep into Monobasic acid and its features, let’s understand an acid. An acid is a compound that could easily donate a proton. An acidic strength is the tendency of the compound to lose a proton.

A strong acid can completely immerse and dissociate in water, ie; a mole of the strong acid (HA) can dissolve into water to give a single H+ mole, another mole of A-, which is the conjugate base, and nothing of the protonated acid (HA).

On the other hand, weak acids can perform water dissociation only partially. At equilibrium, the conjugate base and the acid are present in the solution. 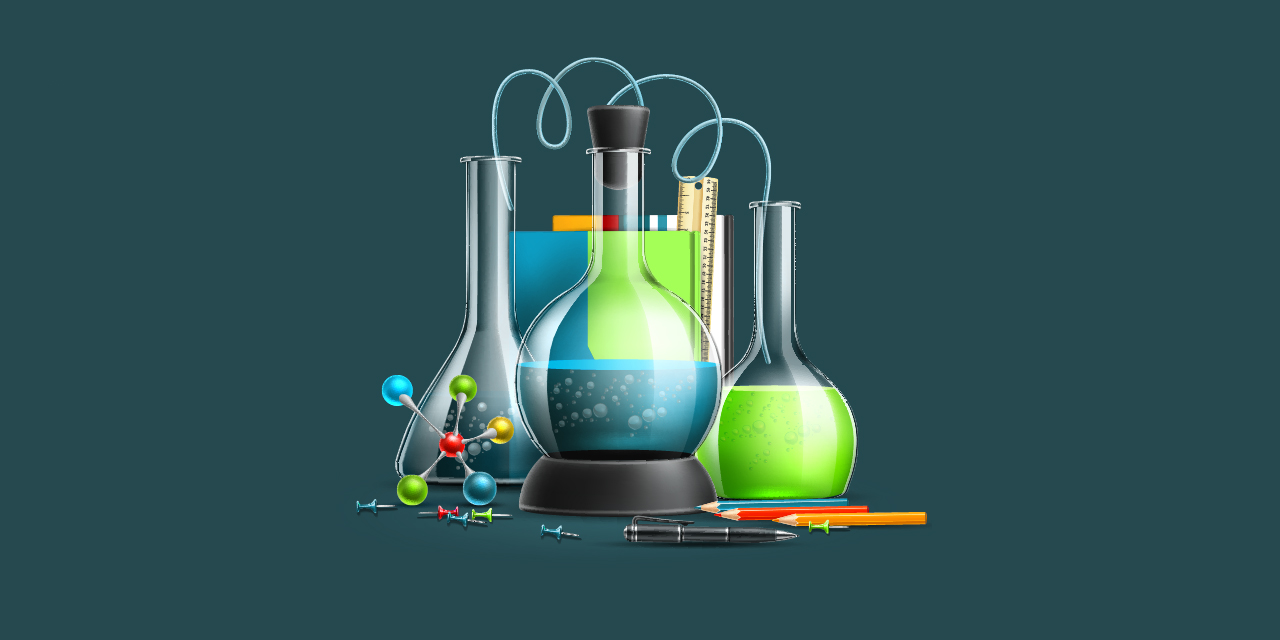 Svante Arrhenius in 1884, defined acid as the material capable of releasing a hydrogen ion or a proton (H+). For instance, Hydrogen Chloride ionizes in water molecules and comes out as Hydrogen and Chloride ions.

An alkali or a base donates a hydroxide ion (OH-). For instance, Sodium Hydroxide gives rise to Sodium and Hydroxide ions in water.

According to the definition of J.N. Brønsted and Thomas Lowry in 1923, acid refers to a material that can donate and the base is a material that would accept a proton. Any ion dissociation which includes hydrogen or a hydroxide ion would be an acid-base reaction.

Acids are chemical compounds with acidic properties and can find applications in various areas. Acid is in short, a chemical species that reacts with a base to form salt and water.

What is Monobasic Acid? 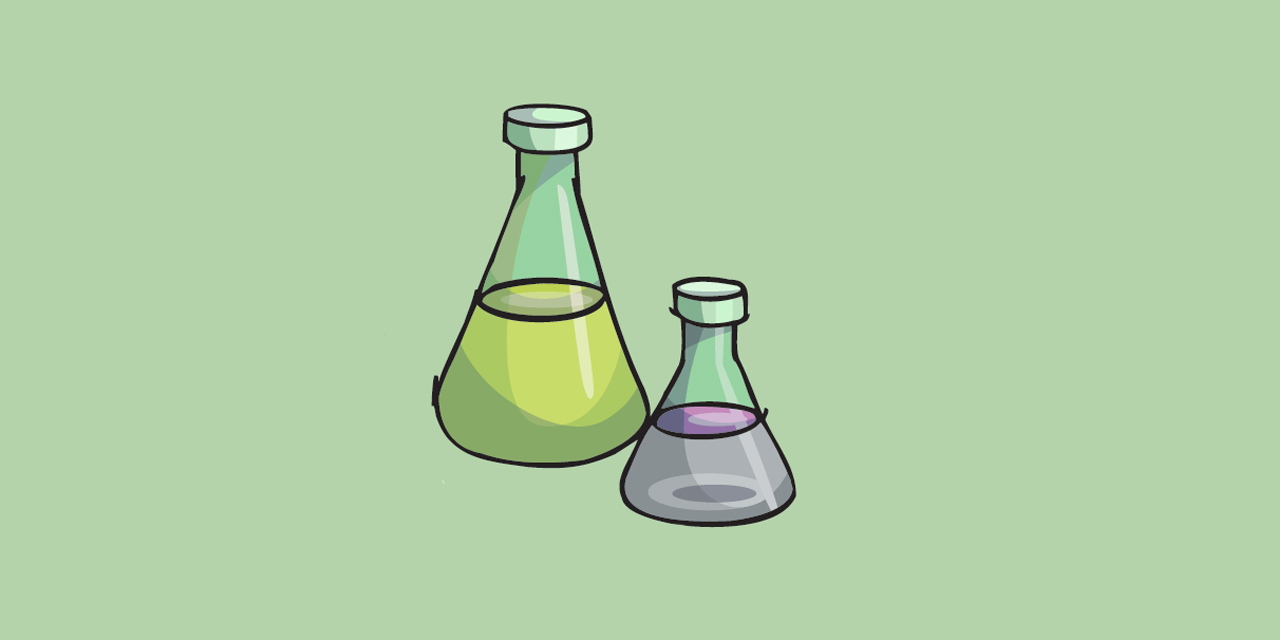 An acid that consists of only a single hydrogen ion to contribute to a base during an acid-base reaction is called a monobasic acid.

A monobasic molecule contains only one hydrogen atom to replace. Otherwise, the acids that dissociate completely to produce one replaceable hydrogen ion for every molecule of acid can be called monobasic acids.

The monobasic acids are also known as monoprotic acids, due to the ability to donate one proton for each molecule.

You can find Monobasic acids in either of the two forms: organic or inorganic. While certain acids are strong, others are weak acids.

When you combine these acids with base, strong acids such as Hydrochloric Acid (HCl), Nitric Acid (HNO3), or HBr, completely dissociate to donate single hydrogen to it.

On the contrary, weak monobasic acids, for instance, Acetic Acid (CH3COOH), dissociate to a considerable extent.

As discussed above, HCl is a monobasic acid since it has a single hydrogen atom

Another example is CH5+ which has five hydrogen atoms, however, it still behaves as a monobasic acid. But what happens when we eliminate one hydrogen atom from CH5+?

Here, what we obtain is Methane, which is a highly stable compound. Hence, CH5 is not polyprotic since CH4 doesn’t usually give away its hydrogen atoms. The compound is stable since the carbon atoms usually have four bonds.

As mentioned above, Monobasic acids can donate a hydrogen ion and also cannot dissociate generally into a stepwise style.

Here is the list of properties that make Monobasic acid an ideal ingredient for many industrial applications:

As mentioned above, it was in 1923, that the chemists Bronston and Lowry worked hard to offer explanations that led to the failure of Arrhenius’s theory. It was then the light bulb had gone off and a chemical idea was created that changed the history of acids and bases.

They created a Bronsted-Lowry theory, which gave birth to the concept of acids and the way they behave. Simply, acids were put together as proton donors while bases were termed as proton acceptors.

As we have already discussed what is monobasic acid, let’s split the term to understand why this name has come into existence. Mono- means one, and protic means proton, hence it is the behavior of donating one acidic proton– makes sense?

Also Read: How to Select the Ideal Chemical Supplier in India

How do Monobasic Acids work?

Monobasic acids are a general type of acid. The classification of acids is based on the protons they contain, which is ideal to react with a base.

Polybasic acids can result from a combination of both dibasic acid and tribasic acid. Both monobasic and polybasic acids could be strong acids or weak acids that depend upon their molecular structure.

While there exist certain similarities between the monobasic acids compared to the dibasic and tribasic acids, the core difference is the number of replaceable hydrogen atoms they hold.

Monobasic acids can eliminate one proton (hydrogen atom) from an aqueous solution. While monobasic acid reacts with a base, the acid can only donate a single hydrogen atom, which is called the hydrogen donor limit. 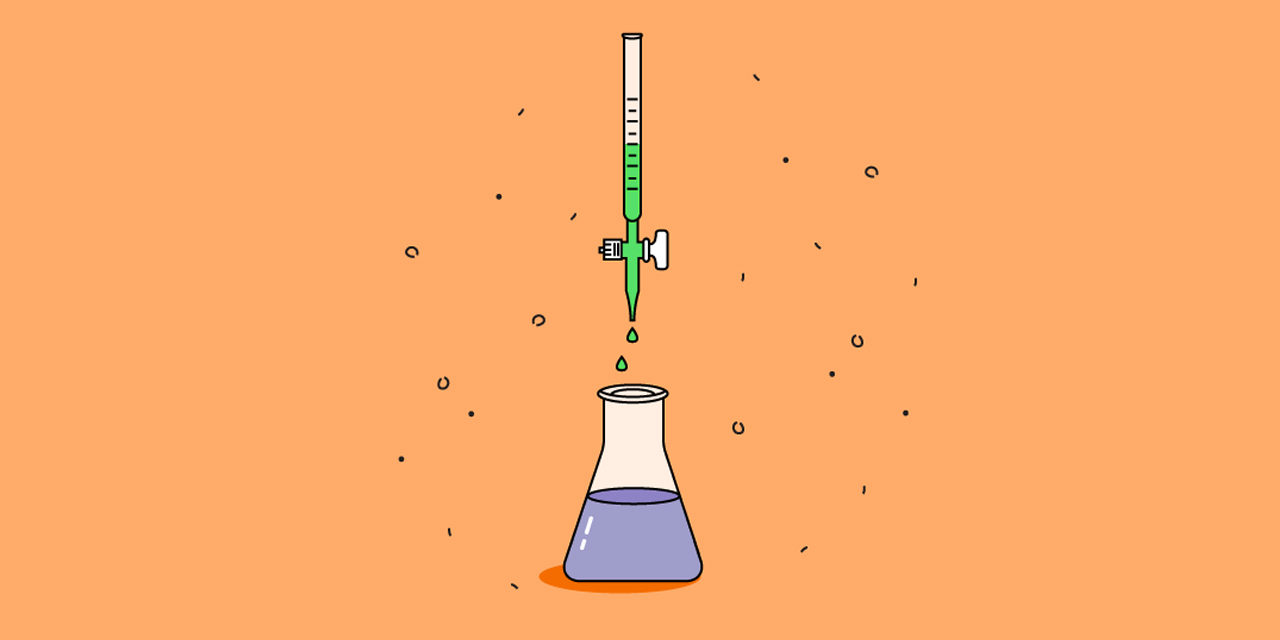 An Ionic compound that incorporates H+ ions is called acid. One acid molecule with its acquisition can form a Monobasic Acid.

It consists of a single hydrogen ion that is contributed to the base in the chemical reaction. Monobasic acid is a vegetable base acid that has 99% purity.

It is ideal and best suited for the formulation of resins, emollients, soaps, alkyd resin coatings, cosmetics, isomerism acid, medicine intermediates, and so on.

The specific gravity of monoprotic acids is 0.813. It has the chemical formula C18H37N.

The monobasic fatty acids are great raw materials you can utilize to manufacture alkyds for stoving and NC applications.

This is a tender white paste acid that creates amazing quality alkyd resins. It can dissolve in a variety of solvents, however, it never dissolves in water.

Also Read: Polyester Resin vs Epoxy Resin: All You Need To Know

Alkyd resins are generally thermoplastic resins made when you heat alcohols with acids or anhydrides. They can suit the preparation of defensive coatings and prevail as the best components in numerous synthetic paints due to their versatile features.

The Alkyd resins hold a dominant position in the production of enamels, synthetic paints, and varnishes. There are over 2,00,000 tons of these alkyd resins generated every year in the form of finishes or coatings for industries that produce protective coatings.

To prepare the alkyd resin, usually, the procedure adopted is the esterification process of polyhydroxy alcohol using monobasic acid and fatty acid oil. It follows with the mixing up of alkyd resin with oil, colorant, and ink component to give the required result.

In acid-base chemistry, hydrogen transfer is significant, to understanding how many hydrogen ions could be transferred in a specific scenario. You might have now come across the industrial applications of monobasic acids and the properties of monobasic acids in detail. Looking for the best Monobasic Acid Suppliers In Delhi who can help you with prompt and quality-centric practices? Meet Bansal Trading Company, the accomplished Chemical supplier in Delhi that can distribute chemicals and raw materials for various industries as per the requirements. To know more about what we cater to and fulfill your business needs, visit our link here.